What is Inflation, How Does it Affect Interest Rates, and Why Does it Matter? 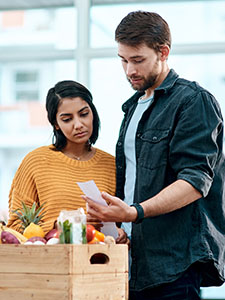 Over the next two days, the Federal Open Market Committee (FOMC) will hold their fourth meeting of the year to discuss interest rates and their Summary of Economic Projections. The central bank has kept the benchmark interest rate near zero since they made an emergency rate cut last March. But with the economy continuing to gain strength, many experts are wondering when the Fed will begin tapering asset purchases and raising rates again.

One of the key factors that the Fed is monitoring is inflation. Inflation occurs when the value of money declines and the cost of goods rises. Though sometimes inflation can be good, excessive inflation can increase the cost of living and can have a negative impact on the economy. Several different factors can cause inflation, but some of the main contributors right now are the costs of raw materials and the lack of workers. The prices of iron, ore, and steel – three key car-building materials – have all hit record levels in recent weeks. According to the Bloomberg Commodity Spot Index, a range of metals and agricultural commodities have surged by roughly 60% over the past year. The cost of lumber has recently surged as well due to a shortage caused by sawmill shutdowns early in the pandemic. Food prices rose at their fastest pace in more than 10 years according to May’s data reported by the UN Food and Agriculture Organization.

On top of these shortages, there’s a shortage of labor right now too. In April, there was a record 9.3 million job openings according to the Job Openings and Labor Turnover Survey (JOLTS). Companies are having a hard time finding skilled workers to fill their positions, so in order to attract more applicants, they might start raising their wages. Ultimately, the wage increase will be pushed onto consumers in the form of increased prices of goods.

When this happens, and inflation gets too high, the Fed typically raises interest rates to help bring inflation down and cool off the market. Their target inflation rate is 2%, but the Fed had said that it likely wouldn’t start discussing a tapering plan until it reached 2.8%. For the past year, inflation has been relatively moderate due to the coronavirus pandemic, but recently the numbers have started to pick up. Last week, the Bureau of Labor Statistics released their data for the consumer price index (CPI), which revealed a 5% year-over-year gain in May. This marks the fastest annual pace of inflation since 2008. The core consumer price index – which excludes food and energy – rose 3.8% year-over-year. ‘Core’ data is often a more accurate representation of true inflation because of the volatility of gas and food prices. These prices will fluctuate often, and it is hard for the Fed to gauge how long they will actually last.

However, the Fed’s preferred method of measuring inflation isn’t the core CPI, but the core personal consumption expenditures (PCE) price index. The CPI measures the prices of a set basket of goods and services. The PCE measures the prices of a fluctuating basket of goods and services that is based on what consumers are actually buying. For example, “if beef prices rise, many households will ‘substitute’ and eat more chicken,” wrote Greg Robb, senior reporter for MarketWatch. Therefore, the PCE would substitute chicken into their measured base as well.

The PCE data for May will be released June 25. In April, the core PCE jumped 0.7% month-over-month to reach an annual total of 3.1%. Based on the Fed’s previous statement of a 2% inflation goal, the current numbers are causing some concern. Many are worried that the central bank might raise rates sooner rather than later. But the Fed remains relatively unconcerned. "Although continued vigilance is warranted, the inflation and employment data thus far appear to reflect a temporary misalignment of supply and demand that should fade over time as the demand surge normalizes, reopening is completed, and supply adapts to the post-pandemic new normal," said Lael Brainard, a Federal Reserve governor. "The Fed is not going to panic after one startling CPI report, so you can expect to hear even more about transitory bottleneck inflation pressures over the next few weeks," said Ian Shepherdson, chief economist at Pantheon Macroeconomics.

The upcoming FOMC meeting will likely give us more insight on the Fed’s tapering timeline, though many economists think that this discussion won’t happen until they meet at the Jackson Hole Economic Symposium in late August. At the very least, we will get their Summary of Economic Projections and interest rate decision. Follow us on social media for important updates but if you have any specific questions, feel free to give us a call.