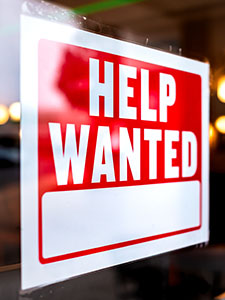 Coming up this week, two very important employment reports. On Wednesday, the ADP employment report is scheduled for release, followed by the employment situation on Friday. If both of these reports continue to show improvement in the labor market, then the Federal Reserve will likely press forward with its plans to start tapering asset purchases and raising interest rates.

The ADP employment report is based on data from approximately 400,000 US businesses employing approximately 23 million employees nationwide. In August, the ADP employment report showed a gain of 374,000 private sector jobs. Though higher than July’s increase of 326,000 private sector jobs, August’s increase is still lower than the gains we were seeing throughout the Spring and early Summer. "The Delta variant of COVID-19 appears to have dented the job market recovery,” said Mark Zandi, chief economist of Moody’s Analytics. “Job growth remains strong, but well off the pace of recent months.” By company size, small businesses gained 86,000 jobs, medium businesses gained 149,000 jobs, and large businesses gained 138,000 jobs. By industry, leisure and hospitality led the number of job gains with 201,000. Healthcare and social assistance followed with 39,000. Construction added 30,000 jobs in August. If ADP employment continues to significantly slow down, the Federal Reserve could push back their taper announcement.

The employment situation is a collection of labor-market related data including nonfarm payrolls, private payrolls, government payrolls, manufacturing payrolls, the unemployment rate, participation rate, average hourly earnings, and the average workweek released monthly. Similar to the ADP employment report, the employment situation reports showed a sharp slowdown in August. Despite economists’ predictions for a nonfarm employment jump of 700,000, just 235,000 jobs were added to the economy in August. Government payrolls actually saw a decrease in jobs, falling by 8,000. Manufacturing payrolls increased by 37,000 jobs and private payrolls increased by 243,000. Average hourly earnings rose 0.6% while average weekly hours held steady at 34.7. The participation rate remained largely unchanged at 61.7%, and the unemployment rate dipped slightly to 5.2%. The unemployment rate is one of the economic factors that the Federal Reserve is monitoring closely and its decision to begin tapering.

This week we will also see the weekly mortgage application survey, weekly jobless claims, and the consumer credit report.

Even though the Federal Open Market Committee (FOMC) next meets in November, the September jobs report will tell them a lot. The committee has continually mentioned that it is seeking “substantial further progress” before it starts tapering assets and raising the benchmark interest rate. Earlier this month, when Federal Reserve Chairman Jerome Powell was asked what “substantial further progress” would look like in the upcoming jobs report, he stated that, “it wouldn’t take a knockout, great, super-strong employment report. It would take a reasonably good employment report for me to feel like that test is met.” Therefore, if we see a “reasonably good” employment reports this week, we could see rates react with an upward trend.

So, if you’re interested in locking in your rate before the end of the week, let us now. Either way, we’ll update you about the reports as soon as they’re released.