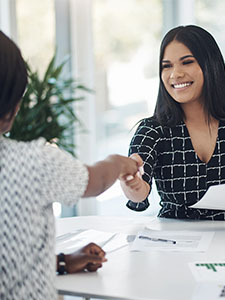 Near the beginning of last week, mortgage rates dipped near some of their lowest levels in six months – largely due to the Fed’s announcement and rising COVID cases. Toward the end of the week, rates began to trend upward due to strong economic reports including the ISM Non-Manufacturing Index, the ADP employment report, and the employment situation. Positive reports suggest that the economy is returning to a more stable level, which would then prompt the Fed to potentially raise the benchmark rate. Consequently, bond prices fell and Treasury yields rose – typically pushing rates higher. This week, the Labor Department’s Job Openings and Labor Turnover Survey (JOLTS) is scheduled for release followed by the consumer price index.

The JOLTS report tracks month to month changes in job openings, hiring, and voluntary quits. Job openings rose to a record high in May – up to 9.21 million. Vacancies are soaring in the health care, education, and hospitality industries, and hiring difficulties continue to persist. Consumer demand is outpacing the available workforce for many businesses. Consequently, many businesses have been offering higher wages, bonuses, and other hiring incentives. While this could increasingly help fill job vacancies, it also might contribute to the rising inflation. Businesses will more than likely offset the higher employee wages onto their consumers through higher prices. However, the rising number of available jobs is still a good sign of the economy’s continued recovery from the pandemic. The number of people who left their jobs voluntarily was a steep 3.6 million in May – a good sign of confidence that workers believe they can find a better job elsewhere. Many workers left their jobs in search of opportunities such as flexible hours, remote work, and higher wages.

The consumer price index (CPI) tracks the changes in the average prices of a fixed basket of goods and services sold to final consumers.  In June, the CPI rose 0.9% – the largest one-month change since June 2008. Year-over-year, the CPI rose 5.4% – the largest annual increase since August 2008. The core CPI increased 4.5% year-over-year – the steepest rise since September 1991. Inflation has been increasing sharply over the past several months for many reasons, including supply-chain bottlenecks, high demand, and limited supply. Policymakers at the Fed have continued to dismiss this inflation as temporary. Others see it as more ongoing issues. “What this really shows is inflation pressures remain more acute than appreciated and are going to be with us for a longer period,” said Sarah House, senior economist for Wells Fargo’s corporate and investment bank. Should inflation continue to rise sharply, the Fed might be required to step in and raise rates to help ease some of that upward pressure on prices.

Other market-influencing reports coming up this week include the weekly mortgage application survey and the weekly jobless claims survey.

For now, rates are still near historic lows. The next Fed meeting will take place at the end of this month, and many experts think it will be an important meeting for discussions about raising rates and tapering assets. If you would like to learn more about the current rate trends, let us know.