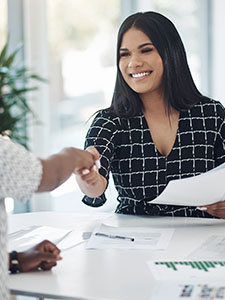 Last week, mortgage rates trended lower during the beginning of the week as concerns surrounding the Omicron variant spread. Typically, when news about something that could affect the economy breaks, people look to put their money in bonds as opposed to stocks. When bonds improve, rates tend to fall.

This week, the Labor Department’s Job Openings and Labor Turnover Survey (JOLTS) is scheduled for released on Wednesday.

The Labor Department’s Job Openings and Labor Turnover Survey (JOLTS) tracks month to month changes in job openings, hirings, and voluntary quits.  In September, the number of job openings was little changed at 10.4 million. Job growth was hindered in part by the uprise of the Delta variant earlier this Fall. Though job growth slowed, the survey revealed that the labor market was still gradually returning to normalcy. The number of quits rose to a record 4.4 million – a good sign of confidence in the economy. Typically, when more people leave their job, they are confident that they will be able to secure another. And according to the JOLTS data, the rate of hiring did better than expected amidst the Delta outbreak. The revised number of new hires in September was 312,000. While this was lower than August’s number of new hires, it was still better than what most experts predicted due to Delta. The September report revealed that there was an increasing number of jobs openings in the healthcare and social assistance sectors. Overall, businesses in the two sectors added 141,000 jobs. The number of quits increased the most in the arts, entertainment, and recreation sector – which saw 56,000 workers leave.

The upcoming report will be good to see how the labor market reacted to the number of COVID cases started to decline again.

In addition to the job openings survey, other reports scheduled for release this week include the weekly mortgage application survey, the weekly jobless claims report, and the consumer price index. The consumer price index is a good indicator of the current inflation levels in the U.S. While many assume that inflation has a universally negative impact, there are certain ways that it can be beneficial – especially for homeowners. If you would likely to learn more about how you could take advantage of current inflation levels, let us know.