Breaking Down the Last Week for Rates: Why the Fed Hike is a Good Thing 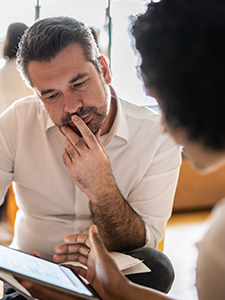 Rate Volatility Over the Past Two Weeks

Two weeks ago, the consumer price index (CPI) for May showed that inflation rose to a 41-year high. Many expected that inflation increases would slow after two months of interest rate hikes from the Federal Reserve. When the data proved opposite, the markets reacted negatively. Mortgage rates heavily rely on bond market trends, and the bond market doesn’t like inflation. So when the bond market slipped, rates trended sharply upward.

Exacerbating this momentum was the Fed’s ‘blackout’ period ahead of their rate announcement last Wednesday. During this period, Fed members refrain from making public comments on monetary policy – which could have helped smooth out some of the volatility in the market following the inflation announcement. Without guidance from the Fed, the markets were left wondering what the inflation levels would mean for the Fed’s June rate hike announcement. Before the inflation numbers were released, the markets expected the Fed would raise the benchmark interest rate by 50 basis points or 0.50%. Then, the CPI made many wonder if the hike could be larger. Markets began preparing for the worst.

The Fed Announcement and Mortgage Rates

When the Federal Reserve announced that it was raising the benchmark interest rate by 75 basis points, the markets rejoiced, and mortgage rates saw a sharp downward trend.

Why? This is the largest rate hike since 1994 – shouldn’t mortgage rates be spiking? Consumers often think that larger Fed rate hikes mean higher rates. But the Fed doesn’t directly set mortgage rates. Though the benchmark rate can influence mortgage rate trends, there are other factors that have a stronger impact on rates. One large factor is inflation. Inflation is the enemy of mortgage rates. So when the Fed showed that it was serious about fighting inflation more aggressively, mortgage rates reacted positively.

Another big influence that boosted the market’s confidence was Fed Chairman Jerome Powell’s press conference following the rate announcement. Markets seemed to be pleased with Powell’s seemingly less hawkish stance in his press conference. They also liked his resolve in the fight against inflation. The major indexes climbed higher when Fed Chair Powell ‘left the door open’ for another 75-basis-point hike. He stated that it largely will depend on the June CPI report scheduled for July 13. “From the perspective of today, either a 50-basis-point or a 75-basis-point increase seems most likely at our next meeting,” Powell said. “We will however make our decisions meeting by meeting and we’ll continue to communicate our thinking as clearly as we can.”

A lot remains to be seen for future rate hikes, inflation, and mortgage rates. But for now, we can breathe easier hoping that the Fed is finally taking inflation more seriously. If it continues to aggressively combat the high inflation levels, we can hope the markets and interest rates will respond positively.

To stay up to date on all important market news, make sure to keep in touch with us on social media.