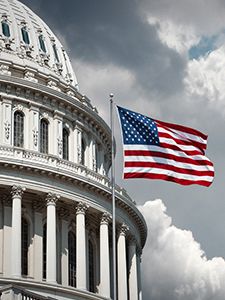 Federal Housing Finance Agency (FHFA) Director Mark Calabria shared his thoughts surrounding the future of Fannie Mae and Freddie Mac at the recent National Association of Realtors (NAR) Regulatory Issues Forum.  Fannie Mae and Freddie Mac became government-sponsored entities (GSE) following the financial crisis and despite returning to profitability years ago, the two remain under government control.  Advocates in favor of releasing Fannie Mae and Freddie Mac from conservatorship believe private ownership will lead to a more competitive mortgage market.  Those who oppose worry we will see a repeat of the financial crisis, especially if the proper precautions are not taken.

Director Calabria stressed the need for “the GSEs [to] have a good business model, because they have good management and good execution – not because they have lower standards than everyone else.”  He continued, “We [need to] have the capital there to protect the taxpayer.  At the end of the day, I think that can be done in a way that really does not adversely impact the consumer.”

However, Calabria suggested he would not feel comfortable taking the GSEs out of conservatorship until he is confident the secondary mortgage market would not revert to pre-crisis practices.  In March, President Trump called for “long overdue reform of the housing finance system,” in a signed memorandum from the White House.  The Department of Housing and Urban Development and the Treasury Department have both been tasked with designing plans for Fannie Mae and Freddie Mac to transition out of conservatorship.

Many real estate and mortgage trade associations have also outlined proposals for GSE reform and even submitted ideas in writing to Congress.  The NAR’s plan is to transition Fannie Mae and Freddie Mac into private, shareholder-owned utilities.  These utilities would then continue to purchase, guarantee, and securitize single-family and multifamily mortgage loans, with an emphasis on private capital.  NAR president John Smaby explained, “Our model protects taxpayers, consumers and the US economy.  Most importantly, as utilities, Fannie and Freddie’s foremost priority would be to serve the public mission instituted by Congress to support stability, liquidity, and access to the mortgage market.”

Previous calls for GSE reform have been reprioritized, despite support from important political figures like President Trump and US Secretary of the Treasury Steve Mnuchin.  Renewed interest from Director Calabria may lead to action as soon as this year.