Why a Recession Does Not Mean a Housing Crisis 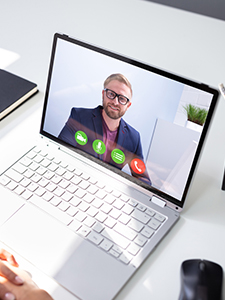 As the global economy reacts to the fallout from the coronavirus or Covid-19 pandemic, the word “recession” has reappeared consistently across news outlets.  Many of us may associate the word “recession” with the Financial Crisis that occurred from 2007 to 2008, that was partly caused by subprime lending and the housing crisis.  During these unprecedented times, it is understandable to struggle with feelings of uncertainty. However, it’s important to stay informed with legitimate facts and data.

The word “recession” likely evokes memories of the Financial Crisis of 2007 and 2008. A lot of things have changed since 2008, to prevent history from repeating itself. In 2008, consumers had easy access to risky mortgages, due to lenient underwriting standards, home prices were soaring, and building was booming.  Today, underwriting has been improved to ensure responsible lending, home price appreciation has levelled out, and builders are working to replenish housing supply.

Although today’s economic slowdown may impact consumer spending and the labor market, banks and lenders are still operating as usual, observing the safer lending standards that have been in place since 2008 and working to supply the demand for housing.

Historically, past recessions have not become housing crises. When reviewing trends in US economic history, we look back to the last five recessions—occurring in 1980, 1981, 1991, 2001, and 2008.

Historically, data shows that the housing market is not typically the driving force in a recession. When we review the differences between today’s housing market and the pre-2007 lending practices, we see lenders are much more stringent now to protect both lenders and consumers.  Looking at home value appreciation in the last five recessions, three of five recessions actually saw an increase in value.

The global impact of Covid-19 is still developing and will inevitably affect the economy, but a housing crisis is not likely to be one of the results.

If you have any questions about what a recession could mean for you and your mortgage, let us know.