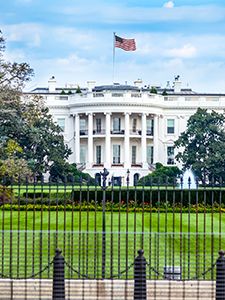 Last week, President Trump signed a memorandum calling for an “overdue reform of the housing finance system,” including an end to the conservatorship of the Government-Sponsored Enterprises, Fannie Mae and Freddie Mac.  In Wednesday’s White House release, the president expressed a desire to work with Congress to initiate comprehensive housing finance reform and increase competition in the mortgage market.

The Department of Housing and Urban Development (HUD) and the Treasury Department are tasked with drafting proposals for the reform.  From the White House release, the president plans to be involved by directing the “relevant agencies to develop a reform plan for the housing finance system” that aims to “end the conservatorship of Fannie Mae and Freddie Mac and improve regulatory oversight over them.”

Numerous proposals to end the conservatorship of the GSEs have surfaced in the past few years, but comprehensive housing finance reform has failed to take priority over other issues.  Last year, Vice President’s former chief economist Mark Calabria called for an end to conservatorship and the Trump Administration published a 132-page document titled, “Reform Federal Role in Mortgage Finance.”  Today, Calabria is awaiting confirmation to serve as the director of the Federal Housing Finance Agency (FHFA).  Other important figures like Department of the Treasury Secretary Steve Mnuchin and his top housing advisor Craig Phillips have also called for GSE reform, yet no end to tangible end to conservatorship has come to fruition.

Last week’s White House memo is a significant step toward an official end to the conservatorship of Fannie Mae and Freddie Mac.