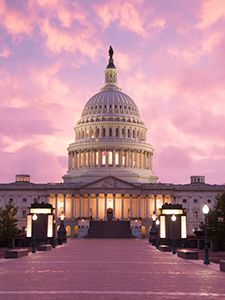 The Trump Administration is expected to release its plan to return Fannie Mae and Freddie Mac to private-shareholder ownership early this month.  Although Treasury Secretary Steve Mnuchin initially pledged housing finance reform was a top priority when he took office, the issue has taken a backseat to other policy matters throughout the Trump presidency.  This proposal was expected to be announced earlier this summer but was delayed by revisions from the Department of Housing and Urban Development.

The long-awaited proposal will be a version of what has been called “recap and release.”  According to the Wall Street Journal, the plan, “would ensure the firms have adequate capital to absorb loan losses in a future housing slump.”  The proposal is not the sweeping housing finance reform some housing professionals expect. It would essentially return Fannie Mae and Freddie Mac to the way they operated before the Financial Crisis.  However, with a Republican-controlled Senate and the Democratic-controlled House, any drastic changes will likely stall in Congress.  Privatization will likely take several years to give the firms time to retain earnings for the first time in over a decade and also raise funds from investors.

Today, Fannie Mae and Freddie Mac guarantee over $5 trillion of combined assets or half of the credit risk of US housing finance, making them two of the largest and most highly leveraged financial institutions not just in the United States but in the world.  In December, Secretary Mnuchin said in an interview with Bloomberg News, “my overall view is on one hand, I want to make sure there’s access to liquidity and capital for consumers.  On the other hand, I want to make sure whatever we do in restructuring [the GSEs], we don’t put the taxpayer at risk.”

As government-sponsored enterprises, Fannie Mae and Freddie Mac perform both a commercial role and a public service.  They facilitate residential mortgage financing and also support affordable housing.  Fannie Mae and Freddie Mac are able to achieve these public and private objectives because of the full backing of the US Treasury.  Once they are out of conservatorship, the ability to achieve these objectives may change.

Most housing finance professionals agree, reform is long overdue.  Fannie Mae and Freddie Mac returned to profitability shortly after they were placed in conservatorship, and proponents of privatization believe it will improve competition in the housing finance market.