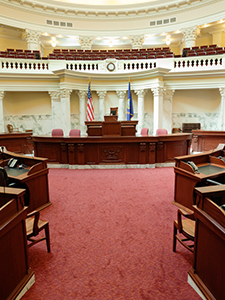 One of the major changes to the 2017 Tax Cuts and Jobs Act (TCJA) may soon be up for debate in Congress.  Representative Mikie Sherrill (D-NJ) recently addressed state and local tax (SALT) deduction limits at a town hall in Bloomfield, NJ.  Under the TCJA, taxpayers, regardless of income, cannot deduct more than $10,000 of total state and local taxes, including property taxes.  This deduction cap disproportionately impacts residents of higher tax areas, like New Jersey, New York, and elsewhere.

It's yet to be seen how these bills will do in Congress.  Still, the issue of SALT deductions is unlikely to go away any time soon.  New York Governor Andrew Cuomo has criticized the deductions and some high-cost states have set up workarounds to ease the limits.  The Treasury Department has fought back against these workarounds, putting rules in place to prevent states from circumventing the cap.